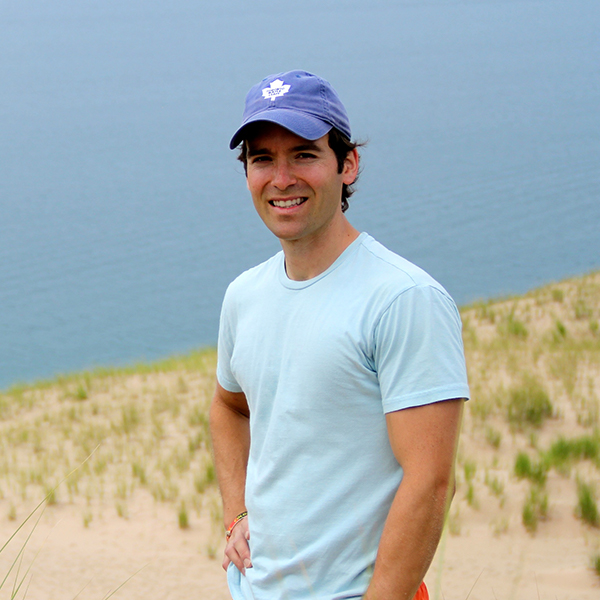 Marco Fabbrini started Victory Hockey in 2009. He helped lead his High School Hockey Team to the State Finals where he was named Team co-MVP and received an All-State Team award. The following year he briefly played Jr. A hockey in Ontario, Canada. During the same season, while 18 years old a door opened for him to practice with six professional hockey teams in the UHL and ECHL. At the age of 19 he attended the Muskegon Fury’s main camp of the UHL. He was then given the opportunity to play for ESC Wedemark in Hanover, Germany. The following hockey season Marco was invited to the St. Louis Blues NHL rookie camp. Marco has found a passion instructing players of all ages in the game of hockey. Marco encourages that each player was created for a purpose and for them to actively pursue their God given dreams. One of his favorite Bible verses is Jeremiah 29:11 which says, “For I know the plans I have for you,” declares the LORD, “plans to prosper you and not to harm you, plans to give you hope and a future.”

Marco is available for private and semi private lessons in Los Angeles, CA and during our seasonal hockey camps July & December in Traverse City, MI. You can contact him directly at marco@victoryhockey.com for lessons.

Sergio Fabbrini is Carlo’s and Marco’s younger brother and has been an instructor for Victory Hockey & Fabbrini Hockey since 2005. When Sergio was 16 years old his slap shot was clocked over 90 mph! He has instructed at well over 100 Hockey Camps. Sergio was also a part of the 2006 Traverse City Central High School State Championship Varsity Hockey team and in 2007 he was named team Captain. Sergio has found a passion teaching hockey and is a great role model for young athletes. In his spare time, Sergio enjoys cooking, hiking, speaking Italian, pottery, Porsche’s, and the outdoors. A Bible verse that he lives by is, “Trust in the Lord with all your heart, And lean not on your own understanding; In all your ways acknowledge Him, And He shall direct your paths.” Proverbs 3:5-6 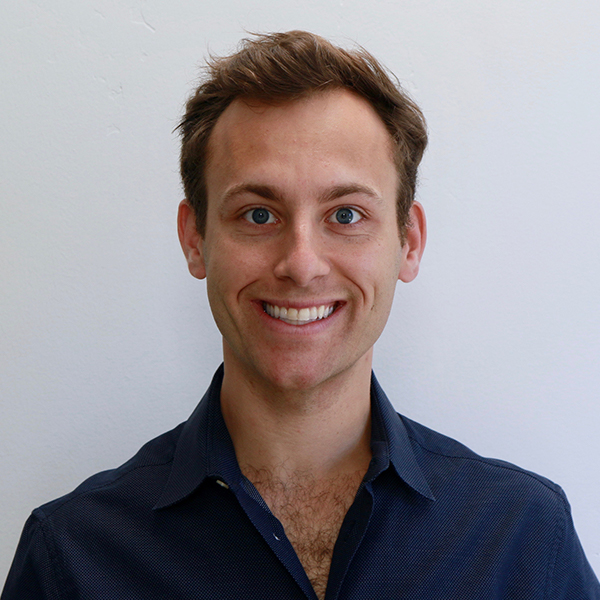 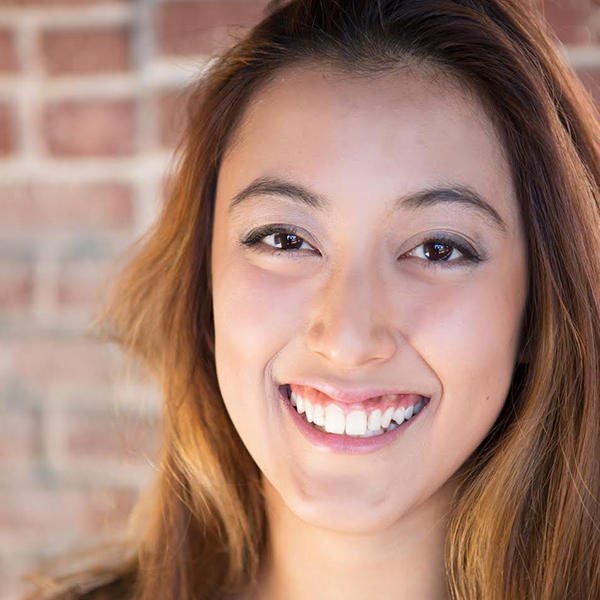 Sunshine is based in Pasadena, CA and has been skating for 14+ years and is a Nationals & Sectionals Medalist. She coaches both figure skaters and hockey players. Sunshine specializes in Edge Work and Power/ Free Skating. We are super grateful to have her help at our camps.

Sunshine is available for private and semi private lessons in Los Angeles, CA. You can contact her directly at sunshinedelao@gmail.com for lessons.

Jared was born and raised in Traverse City, Michigan. He played high school hockey for Traverse City Central Trojans and played junior hockey in the NAHL between Traverse City and the Soo Eagles. Jared won the NAHL MVP and forward of the year. He went on to play hockey for four years for the Division 1 Ferris State Bulldogs where he was captain his senior year. In 2019 Jared finished his second year pro while playing for Kansas City Mavericks of the ECHL. He was named assistant captain and was an ECHL all-star and spent 8 games in the AHL between three teams. He is excited for next season and enjoys golfing, Yoga and cooking in his spare time.

Jared is available for private and semi private lessons in Traverse City, MI in the summertime. You can contact him directly at jaredvanwormer@yahoo.com for lessons. 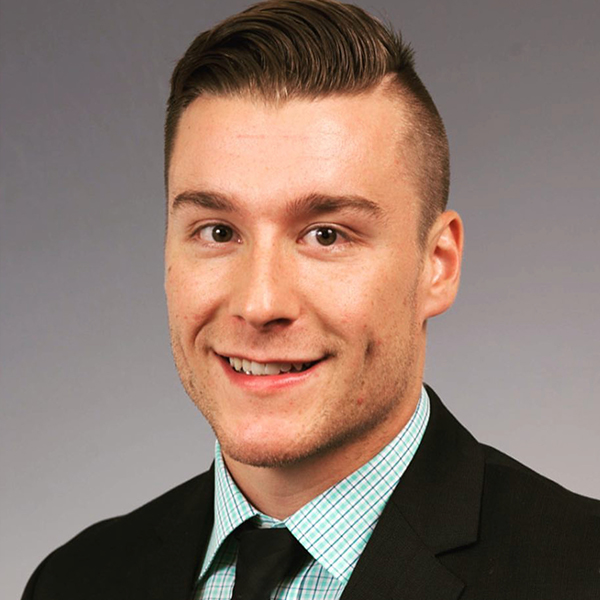 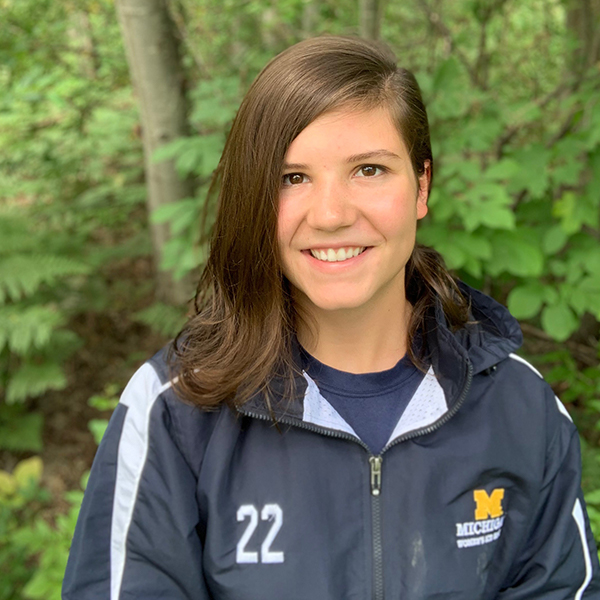 Taylor is a current student athlete at the University of Michigan. She is studying kinesiology with a concentration in movement science and is currently on the University of Michigan’s Dean List. In the 2017-18 hockey season Taylor played in the NCAA for Colby College in Maine. In the 2018-19 season Taylor became the starting center for the U of M hockey team. She also won the offensive player of the year award and led her team in points with 14 goals and 7 assists in 20 games played. She enjoys mountain bike racing in the summer, skiing in the winter, and off ice training at Fit My Life in Traverse City, MI. Her favorite cheat meal is pizza and Ben & Jerry’s ice cream.

Taylor is available for private and semi private lessons August – April in the Ann Arbor, MI area and Traverse City, MI in the summertime. You can contact her directly at tjlund@umich.edu for lessons.

Miguel a Traverse City native. He played travel hockey for most of his youth in Traverse City. Then in bantam hockey he played for the Saginaw Jr. Spirit AAA hockey club and was named team captain. Miguel then went on to play for the Traverse City Central High School hockey team for 3 years. After high school in 2019 Miguel joined the United States Navy and is currently a Nuclear Machinist Mate. He is stationed in Charleston South Carolina and attending Nuclear Power School at Naval Nuclear Power Training Command. In his spare time he enjoys scuba diving, tennis, and being on the ice. Some fun facts about Miguel are that he started the Traverse City Central Hockey Toys for Tots drive which helps kids in need obtain athletic gear and equipment during the holidays. Miguel was named Volunteer Athlete of the Year by 9&10 News for volunteering for Big Brothers Big Sisters of northern Michigan, Toys for Tots, Step up northern Michigan (a non profit organization that helps kids receive all academic tools necessary for success), and Special Olympics Michigan coaching track & field, hockey, and baseball.

Miguel is available for private and semi private lessons August – April in the Charleston, SC area and Traverse City, MI in the summertime. You can contact him directly at miguelferraro73@gmail.com for lessons. 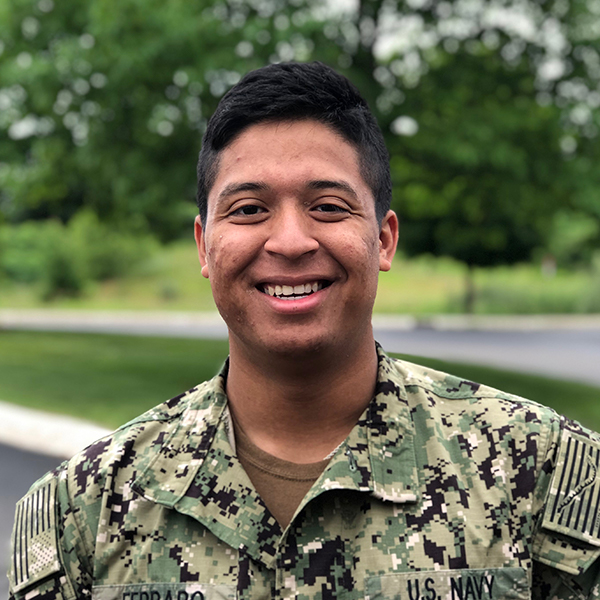 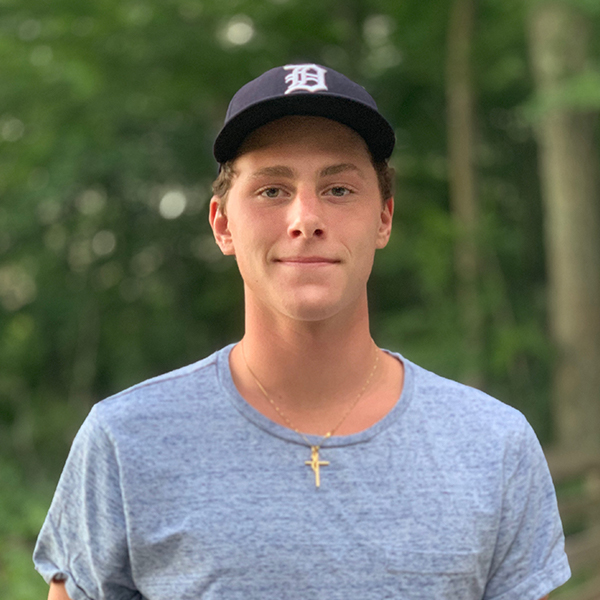 Dylan was born and raised in Traverse City, MI. He played AAA hockey for Team Mission from 2015-18 and played junior hockey with the Austin Bruins in the NAHL. In 2019 Dylan will be playing for the Omaha Lancers of the USHL and has committed to play NCAA Division I hockey at Rensselaer Polytechnic Institute (RPI) in the ECAC. In 2018, Dylan was also selected to play for the United States U-18 Men’s Team that placed fourth at the Hlinka Gretzky Cup in Edmonton, Alberta, Canada. Dylan is an excellent role model for young hockey players. He works great with kids and enjoys imparting his hockey IQ and skills to the next generation. When not playing hockey he enjoys boating, soccer, golf, and tennis.

Dylan is available for private and semi private lessons in Traverse City, MI in the spring/ summertime. You can contact him directly at dylanhome@charter.net for lessons.

Jack started hockey at the age of 8 years old. He played high school hockey in Southern California and then Tier II junior hockey in the Western States Hockey League. Starting the 2019 hockey season he will be continuing on to play in the ACHA DII for Texas Christian University. When not playing hockey he enjoys fishing, hunting, and being with his family.

Jack is available for private and semi private lessons August – April in the Dallas/ Fort Worth, Texas area and near Valencia, California in the summertime. You can contact him directly at (661)-231-5355 or jackmcnamara28@gmail.com for lessons. 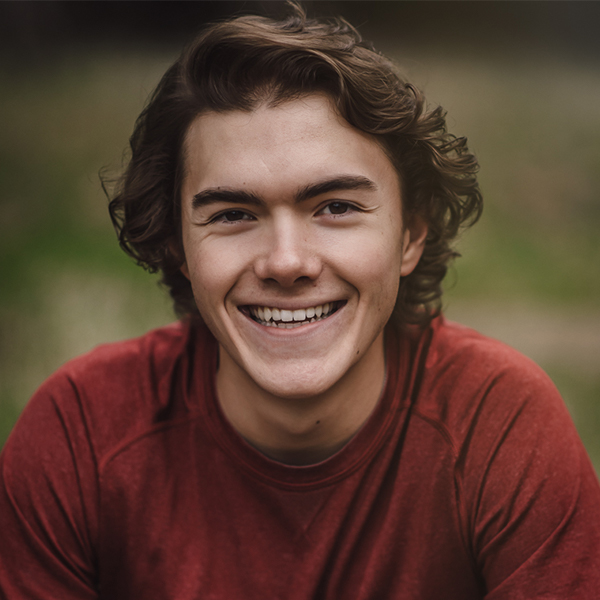 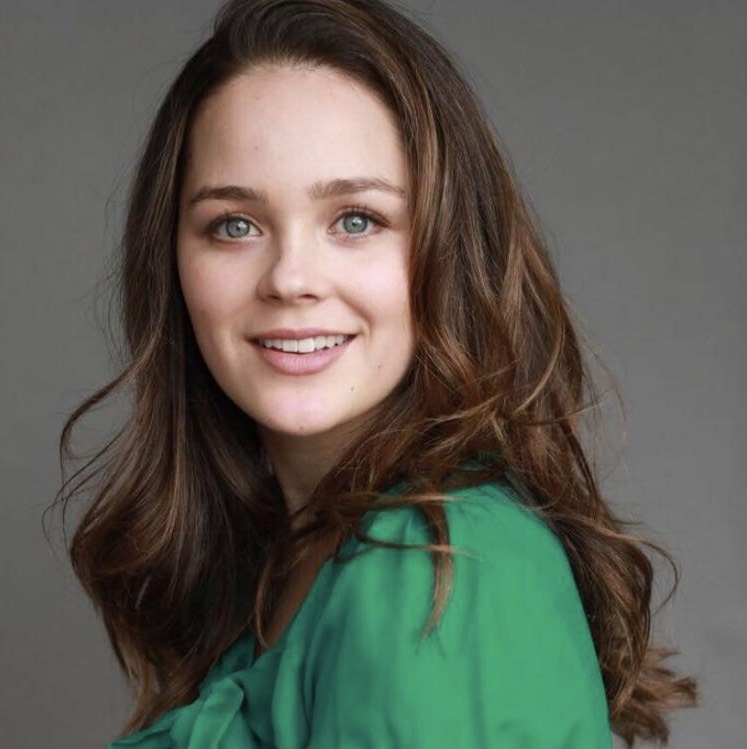 Brooke is based in Pasadena, CA and has been skating for 17+ years and is a Nationals & Sectionals Medalist in both pairs and singles skating. She has skating professionally as well and traveled on tour throughout South America with Disney on Ice. She coaches both figure skaters, pairs and hockey players. She specializes in Edge Work and Power/ Free Skating. Brooke is passionate about all of her students and loves to watch each of them grow into the best skaters they can be!

Brooke is available for private and semi private lessons in Pasadena, CA. You can contact her directly at brookejohnson.skate@gmail.com for lessons. 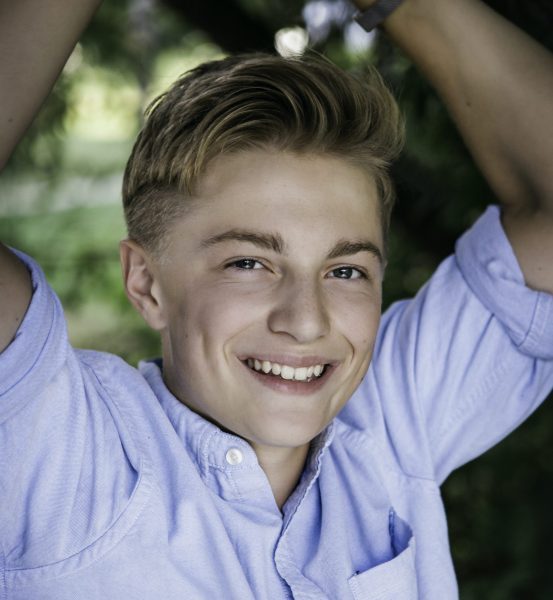 Hayden is a Cinematographer and Hockey Instructor.  He has been skating since he could walk and played AA hockey up to high school. In high school he played varsity hockey for the Traverse City Bay Reps. His senior year he and his team worked their way to the state semifinals. He enjoys spending his free time playing hockey and baseball as well as taking on photography and videography tasks. As a former Victory Hockey camper, Hayden uses his prior camp experience to relate and connect with the kids.  His goal is to assist and support the development of not only hockey skills but also each player’s ability to incorporate Christ to their everyday life. Hayden seeks to follow Christ’s instruction from the Gospel of Matthew. “Jesus replied, “‘You must love the LORD your God with all your heart, all your soul, and all your mind.’ This is the first and greatest commandment. A second is equally important: ‘Love your neighbor as yourself.’ The entire law and all the demands of the prophets are based on these two commandments.”” ‭‭Matthew‬ ‭22:37-40

Hayden is available for private and semi private lessons in Traverse City, MI. You can contact him directly at rmhat03@gmail.com for lessons.

REGISTER FOR A CAMP OR CLINIC
SUBSCRIBE FOR NEWS & UPDATES

Follow our social media accounts to stay connected with us.